Tale of a treasured Frog

Home/Tale of a treasured Frog
Previous Next

Tale of a treasured Frog

Artists from the beginning of time have needed a patron or a series of patrons to support their creative efforts and allow them to develop their personal talents. There are all kinds of patrons. The best ones give you money and want nothing in return except to share in the feelings of your success. Then there are the ones who need to have some specific part of you in return for their support. They are good to have because they usually just buy your biggest and best pieces, without negotiation. Their support moves your career forward by allowing you to create another piece, usually from your heart.

Finally there is a third type of patron, the one that is willing to support your efforts as long as you support their dream. Seems these patrons may really want to make art themselves but for whatever reason cannot. Assuming they value your abilities at the same rate that you do, they can be an asset. Also, assuming that you and they have a clear line of communication and understanding of their desires, that relationship can be very rewarding for all involved and precipitate a great outcome. This third type of patron can also prove to be a nightmare, for both of you.

I have been blessed with all three types. My all-time favorite patron was one who first commissioned me to make a significant and fabulous piece from his home. He then created a fabulous piece for me to sell in my gallery and in between when we were under extreme distress due to a catastrophic almost career ending fire, he was the first to show up, write a check to help us get back in business and he ask nothing in return. This has become one of my most endearing relationships.

Every project has a story.

A couple of months ago I became engaged with the third type of patron. This family has commissioned me to make custom art for their home and family several times. Each time we were commissioned they ask me to make something I had never made before. It doesn’t matter who you are or what you do, when you are confronted with a  challenge that you have never done before it takes practice to get it right.

In my case, because I have such a huge ego, I always assume that I can make the piece right the first time out. I make that particular mistake over and over again.

In this case my patron wanted to create a memorable piece as a gift for his adult son. His son has had the same stuffed frog from the time he was a young boy. The frog has traveled the world and become a treasure to his children too.   The patron thought it was a brilliant idea to make a glass replica of his frog as a way to immortalize the memories.

Even though I had only made a few frogs during my long career, because I valued this patron, I agreed to do the project. Then the fun ensued. First, he sent me a picture of his son’s frog. He wanted it to look just like his son’s treasured frog. Ok, I probably should have walked away right then. Was I smart enough to do that, noooo I wasn’t?

So off we go to do color tests, about three sets. We had to drag the customer back in to approve the color. Then, that stinking frog had a certain look in the face, so there were face tests. We were finally ready to make an attempt at making the entire frog. The first three attempts were total failures. They were good learning experiences but yielded only a loss of time, materials and opportunity to make something else that I could sell. At this point I realized that I had already exceeded our agreed upon budget for the project. I was willing to make one more attempt and include it in the original price, but even if I was successful I would end up paying this patron for the privilege of making him this piece. I hate being in this position. But, I thought it was fair on my part to at least make the next attempt.

On the scheduled blow day, I went over all the intricacies of the project with my intrepid team and started the piece. It went really well, all the way through to the end. I was getting ready to take the piece off the pipe and put it in the box to cook it all night when I committed a rank beginner mistake. As I got up to put the stinker in the box I “tailed the bench.” That flipping frog jumped right off the pipe and committed suicide on the floor. I was a broken man, broken. I am now a couple thousand dollars in the hole and nothing to show for it and a looming unmovable deadline.

My salvation showed up in the oddest way. The studio was expecting a visiting glassblower from Italy the following week to conduct an intensive class. The class was not completely full so we ended up with a young and very skilled glass artist in our studio for an extra two days. So as not to waste his time or the studio time, I went ahead and hired him to help me with a few extremely complex pet projects, the “Stinker” became one of those projects. Even with his talent the piece was a challenge and indeed needed to be “fixed in post” (an old video production term from my former career). But we got it done and as you can see it came out as one of my truly best pieces to date.

Now, back to the patron

By the time we got to the piece finished, after 5 attempts and a significant post production job we were 100% underwater. I call the client to approve the work so far and discuss what is it we need to do to complete the job. The patron, as patrons and clients often do, had yet another surprise for me. He wanted the frog sitting on a “throne” like the chairs I make.  I can honestly say that at that point I was on the verge of a personal meltdown. Thank heaven I am married to a strong and beautiful woman who somehow knows exactly what to say and do in these situations. With Carol’s help we negotiated what needed to be done to complete the project at an agreed price which allowed us to recover from the tortuous road I went down. In the end the patron agreed to cover all of our costs and allowed us to make a little money.

The moral of the story for me, is think about all the possible ways a project can go wrong before you agree to take it on. For the patron, if you commission an artist to create your dreams be prepared to travel with them throughout the entire journey of discovery and be prepared to support it.

Did I learn a lesson?

One final note, did I learn a lesson here? Probably not.  I agreed to yet another giant project, which I have never done before, for favored a patron. I am embarking on creating a life-size octopus on a coral reef in cast color change crystal. Stay tuned, Carol will keep you updated, maybe even with pictures.

About the Author: Carol Rogers 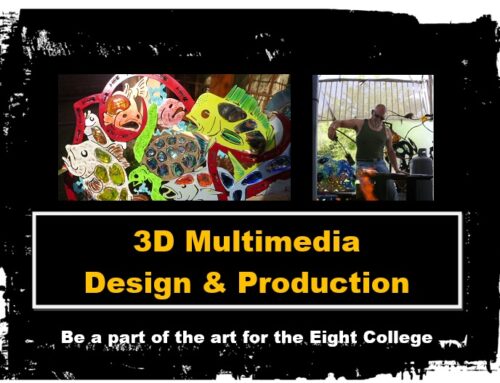 I’m too old for this? Gallery

I’m too old for this? 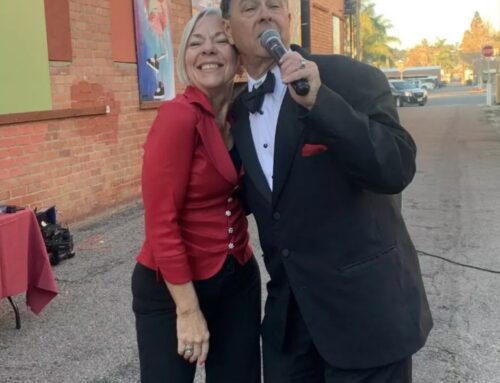 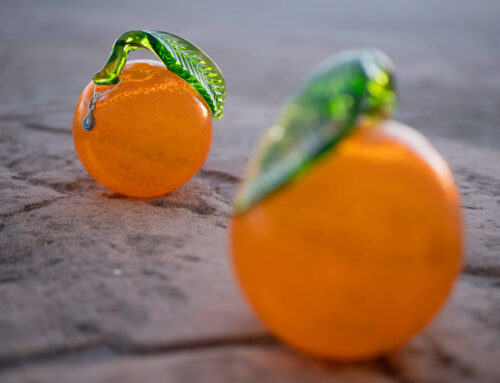 Page load link
Happy New Year! We are Open!
Thursday to Saturday 11am to 6pm
Sunday to Wednesday by appointment
Learn more
This is default text for notification bar
Learn more
Go to Top