Netflix Blown Away and the glass blowing community

Home/About, art glass, business, In the News/Netflix Blown Away and the glass blowing community
Previous Next

Netflix Blown Away and the glass blowing community

Everyone is talking about the new Netflix series “Blown Away”.

This is a reality-based glassblowing competition show. In short, it is very well done and compelling. The story and the people hook you in from the first episode and you will find that you have to watch the entire 10 episodes. The last episode is very emotional.

There is much that can be said about the program, the contestants and the judges. I will first opine from the perspective of being an audience member, then as a glass artist and finally as a former reality show participant.

The show is very exciting and draws you in

To an inexperienced viewer, a person with no first hand glassblowing experience, and no way to have a frame of reference from which to develop a judgement, this show is very exciting and draws you in. I ended up binge watching the entire series in one sitting. And I’m a professional glassblower who works in the studio five to six days a week. The producers and production team have a LOT of experience producing reality television programs in Canada and it shows in the quality of the program, overall a job well done.

The show starts by introducing you to ten glassblowers ranging in age from about 23 to 50 years old. It is a diverse group. About half of the glass blowers are professionals, working in the business fulltime. The other half is a mixture of ex professionals and quasi professionals.

Each episode begins with the moderator Katherine Grey, the glassblowing Professor at UCSB, giving the group a single direction which each person must follow. They are given a limited amount of time in front of the furnace and an assistant from the Sheridan College Art Glass program. The contestant must come up with a concept, draw out a plan, teach the assistant what to do and then make the piece. This sets up a lot of stress and drama. Also, all ten contestants are working on the same glassblowing floor, right next to each other, which also adds the layer of glassblower ego and attitude which builds more tension onto the drama.

Each contestant’s personality brought a unique facet to the show

As to the content of the programs themselves, from a nonprofessional point of view they were compelling and interesting. The program should do a lot to inform and excite the general public about the art of glassblowing. It is easy for the viewer to form a connection and pick a favorite glass artist to cheer. Quite honestly, they were all good glass blowers and there were several that I would hire in a minute. Each contestant’s personality brought a unique facet to the show. There were a few stand out performances and the finished outcome was universally impressive. The finished work was displayed each week in a gallery setting.

As I watched, it felt like I was taking one of Katherine’s Master Level classes at UCSB. The content built on the previous show’s subject and became more complicated as the show continued. The final display was a top-quality gallery exhibit. Unfortunately, the outcome was not the one that I had hoped.

I felt that the judging was inconsistent and flawed. But that is reality television. From my own personal experience, what you see is not necessarily what really happened. As an ex television professional, I fully understand the term “the cutting room floor.” Based on the stated judging criteria, I do believe that there were at least two contestants that were dismissed unfairly. But to be fair to Katherine, I was not there or part of the production. I fully understand that every part of the program is subject to producer approval, not a situation I would willingly put myself into.

Finally, my biggest heartburn about the program was not the clear bias in the judging process. It was the fact that everyone involved in the production (and I mean everyone) was paid except the onscreen artists. The producers were well paid, the production team was well paid, and the guest talent from Corning was well paid. But all the contestants, except the final winner, artists who gave up weeks and months of their lives to be on the show, received no compensation, not even for the work they created on the show. They lived away from their families and were unable to earn a living while on set. The nine losing artists walked away empty handed. How sad was that?

Benefit to the glass blowing community

That being said, the program did provide many intangible benefits to both the participants and the glassblowing community at large. The artists got a chance to get in front of a considerably wider audience than normal. The public has become more aware and educated about the art of glassblowing, and if the participants are astute marketers, with all the modern digital marketing tools available today, they should be able to turn this opportunity into something more tangible… like money.

Nonetheless I want to personally thank all the artists who so freely gave of their time and talents. The brave artists who put up with the producers and the production team, those gallant souls who endured weeks of production and all the heartache while on the show. You have done more to advance the glass arts than anyone in at least 40 years. We at Stone and Glass immediately began feeling and receiving the benefits of the release and airing of the program. Overall, it was a job well done and I look forward to the next season. 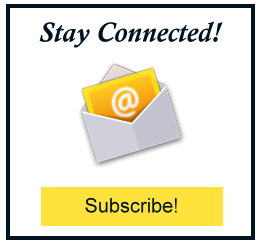